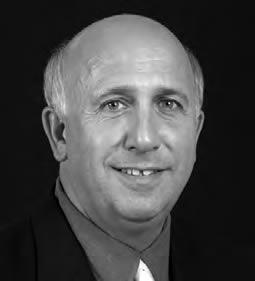 Joe DeSantis has 25 years division one college coaching experience.   He played a crucial role in elevating the Quinnipiac University men’s basketball program from the Division II level to a respected Division I midmajor program. DeSantis’ eleven year stint leading Quinnipiac was the second-longest tenure in program history. The longest run belongs to legendary coach Burt Kahn, who posted a 459–358 record from 1960–91. In 2005–06, DeSantis became just the third coach in program history to reach the 100-win plateau as he led the Bobcats back to the NEC Playoffs.

In 2001–02, Quinnipiac was one of the hottest teams in the nation down the stretch. The Bobcats won four of their final five regular-season games before making a magical run through the Northeast Conference Tournament. Quinnipiac edged host Wagner, the No. 2 seed, and third-seeded UMBC en route to a date on national television against No. 1-seeded Central Connecticut State. Despite a valiant effort, the Bobcats fell just short in their first-ever appearance on the ESPN network, a 78–71 loss to the Blue Devils.

Quinnipiac posted its most successful season at the Division I level in 1999–2000. The 18 wins were the most since the 1987–88 season, and doubled the entire win total from Quinnipiac’s inaugural Division I season. Quinnipiac ranked 10th among the 319 Division I teams in win-improvement (+8.5).

At the conclusion of the season, CBSSportsLine.com named DeSantis its NEC Coach of the Year, and the Bobcats were recognized by the New England Basketball Coaches Association as the Most Improved Division I Team.

Prior to his arrival at Quinnipiac, DeSantis served as an assistant coach for 14 years at the Division I level, and made three NCAA Tournament appearances.

DeSantis spent three years as an assistant in the nationally-respected Big East Conference, serving on the men’s basketball staffs at St. John’s under Brian Mahoney (1995–96) and Pittsburgh under Paul Evans (1992–94). In 1993, Pittsburgh earned an at-large NCAA tournament berth and finished with a 17–11 final record.

Between his coaching positions in the Big East, DeSantis worked as an advance scout for the Detroit Pistons of the National Basketball Association as well as a scout for Marty Blake and Associates, one of the top evaluators of collegiate talent.

From 1989–92, DeSantis helped reestablish Duquesne University as a force in the Atlantic-10 as the top assistant under head coach John Carroll.

DeSantis gained his first coaching experience at his alma mater, Fairfield University, from 1981–88. During that time, Fairfield made two NCAA tournament appearances as a result of winning Metro Atlantic Athletic Conference titles in 1986 and 1987.

DeSantis was a standout player at Fairfield from 1975–79, completing his collegiate career with 1,916 points (currently second all-time) and 667 assists (currently second). Tops in the Stags’ record book for career free-throw percentage (.849), DeSantis averaged 18.4 points per game as a collegian.

He was subsequently drafted by the Washington Bullets in the second round of the 1979 NBA Draft before playing in Venice, Italy, for one season. He completed his professional playing career one year later as a member of the Maine Lumberjacks in the Continental Basketball Association.

In September 2004 DeSantis was inducted into the New England Basketball Hall of Fame for his playing contributions with the Stags.